7 Habits of Healthy Couples Everyone Should Know 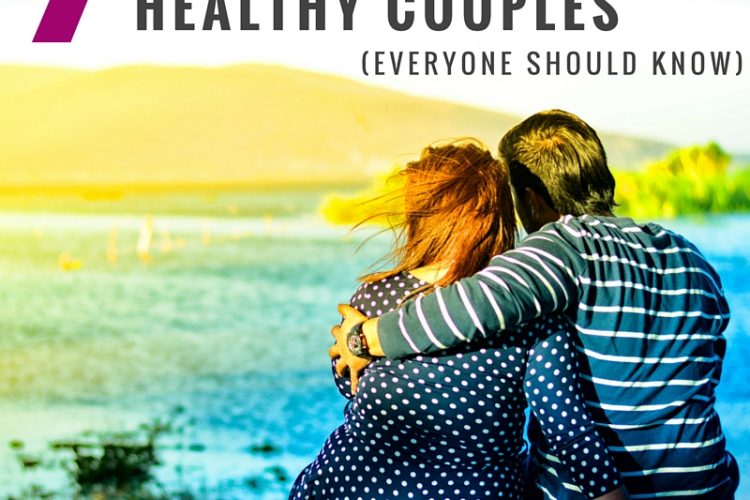 You’ve undoubtedly encountered what I call, “the magic couple.” They’re the couple that never fights, seems completely, obsessively in love with one another, and somehow maintains a perfect balance between work, friends, and hobbies in addition to their perfect relationship. But guess what? There is no magical couple that never fights and always wants to be around each other. Those couples that appear to you to be magical probably just follow a unique set of rules to make sure they have the best relationship possible. Here are seven things great couples do to keep their relationship healthy and happy.

This seems so simple, but so many of us forget to thank our man for the little things he does for us. Whether it be grand gestures or him holding the door for you, he deserves a thank you as much as you do. Hearing those two little words will make him feel appreciated and remind him that you love him.

Sometimes we don’t realize it, but we give less and less compliments as we get more comfortable in a relationship. If you think your guy looks especially nice today, make sure you tell him that out loud, and don’t just think it in your head and move on. Everyone loves to be complimented and often it’s just the boost we need to make our day a good one.

We’ve forgotten to give compliments, and instead, now we criticize every time we are given the opportunity. Sure, constructive criticism is fine every once and awhile, but constant evaluation can seriously damper a guy’s ego. It also isn’t going to make him feel sexy or want to appreciate you, so ditch the criticism and remember the old saying, “if you don’t have anything nice to say, don’t say anything at all.”

Value his contributions to the relationship and respect him by caring about his work, hobbies, friends, etc. Don’t belittle his opinions or activities. You wouldn’t want him to do the same to you. Stay involved in every aspect of his life and tell him often how proud you are of him.

You might be saying, “that’s impossible!” but, there’s a difference between fighting and arguing. Healthy couples argue and unhealthy couples fight. Arguments are constructive discussions about disagreements that eventually lead to a conclusion or an “agree to disagree.” Fights involve yelling, harsh words, and futile conclusions. Strive to turn your fighting into arguing.

Don’t hold grudges about things that don’t matter. In five years, are you even going to remember that he forgot to walk the dog that one time? Probably not. Fix the issue and move on. Think about these little problems how you may see them in the future.

When all the magic of a relationship is gone, make sure you can still have fun with one another. Get creative with your date nights and make sure to laugh together. It will remind you both why you fell in love.

What are other secrets of healthy couples?