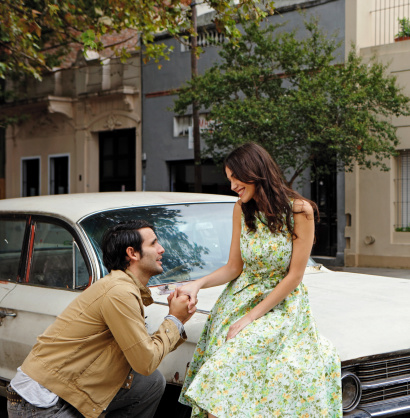 Have you ever wondered what causes a man to fall in love and want to spend his life with a particular woman? We’re often conditioned to believe that if we’re pretty enough, agreeable enough, and do enough nice things for a man, we’ll win his heart. That usually doesn’t work so well, however. Just ask any girl who’s gone out of her way to please a guy only to have him tell her something like, “I don’t know why, but I’m not feeling it” or “It’s not you, it’s me.”

Whether or not a man falls in love with you has little to do with how much you do for him. In fact, it’s usually the ladies who don’t work overtime to gain a guy’s approval who have greater success in their relationships. Why is this? Because deep down, men want to make women happy. They want to be the ones to “give” and for you to “receive.” When you make it your mission to put his happiness before your own (and therefore act as the “giver”), he’s not able to give to you. Essentially, you are taking his job away from him.

So how do we do it? How do we conduct ourselves from the beginning of a relationship (yes, the very beginning) so that a man is more likely to see us as a keeper?

The overall idea is to set yourself apart as a “high-quality woman.” You want to differentiate yourself from the rest of the girls out there who allow men to (as I like to say) throw them scraps and call them dinner. You need to have unwavering confidence, a backbone, and a joy for life. You need to know who you are and like that person. Those are the qualities that will attract more potential long-term relationships than a set of D-cups, perfectly-toned abs, and a sexy Facebook profile picture ever will. Instead of focusing on the exterior (as we women often do), let’s take a look at some of the things that really make men fall in love.

1. He falls in love with the woman who doesn’t lose herself in the relationship. It may seem odd that one of the main traits that causes a man to want a long-term commitment with a woman is her independence. The truth is men like women who have their own lives. Clingy, needy girls scare them. Why? They see that kind of behavior as pressure and we all know how little men like to be pressured into something – especially a relationship. Most men find it easier to commit if they aren’t pushed, coerced, or guilted into it. By not acting like you will die without him, he begins to wonder if he’ll survive without you.

2. He falls in love with the woman who is more than a sexual conquest. I know of so many women who have attempted to use sex to get a man to fall for her. They think, “If he sleeps with me one more time, I’ll amaze him to the point he has to be with me permanently.” Bad move, sisters! I don’t care how flexible you are, how many moves you know, or how freaky you like it — no man will fall in love based simply on good sex. In fact, men are much more likely to feel intensely about a woman if she waits to have sex with him for a while. The one night stands, the sex on the first date chicks, the girls they have a drunken romp with? They don’t seem to last too long, do they?

3. He falls in love with the woman who allows him to miss her. Yes, “absence makes the heart grow fonder” is an overused cliche. But most cliches become cliches because they are true. Did you know that men fall in love not only because of how they feel when they’re around you, but by how they feel when you’re apart? Men equate missing a woman with love. They interpret “I really want to be with her when I’m not” to mean “I think I’m falling in love with her.” Dumb girls want to be with a guy 24/7 no matter how much time he wants to spend with her. Smart women know that spending time apart is what causes him to want to be with her 24/7.

4. He falls in love with the woman he had to work to get. When we become too smitten with a man too quickly, his interest in us almost always lessens. Men like to feel they have won us over and that they’ve had to expend some effort in attaining us. Being a “hard to get” woman isn’t about playing games. It’s about protecting yourself and making sure a man is up to your standards before giving him your heart. This is exactly what makes him feel like he has earned an incredible prize when you give it to him.

5. He falls in love with the woman he has fun with. Men don’t want to marry their mothers. (And if they do, that’s a big problem.) This is why engaging in domestic activities like cooking and cleaning won’t cause him to fall in love with you. Men don’t want to marry a woman who is a complainer, a nagger, or a nitpicker. Nor are they interested in spending a lifetime with a woman who turns everything into an argument. A man wants to marry a woman who is his best friend, his lover, and his champion. He wants a woman who makes him feel good — a woman who makes him feel like a man. No relationship will be perfect and every couple struggles with conflict. If time with you brings him a lot more pleasure than pain, he’s much more likely to see you as the girl of his dreams.

A man won’t decide you’re “the one” based on your attempts to convince him or talk him into it. Instead, he convinces himself because he comes to view you as a woman who is too special to let go. As a result, he will strive to always treat you with respect and to care for your feelings. Realize your worth and refuse to settle for less than you deserve. When we believe in ourselves, others are much more likely to do the same.

Jenn Clark is a relationship advice expert and author of the book “How to Be a Goddess (A Step-by-Step Guide to Becoming the Woman Men Dream About…).” You can find it on her Facebook page or buy it directly on Amazon. 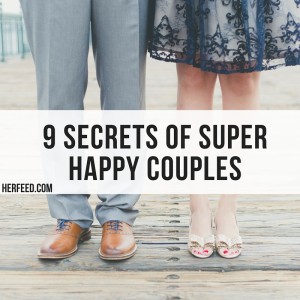