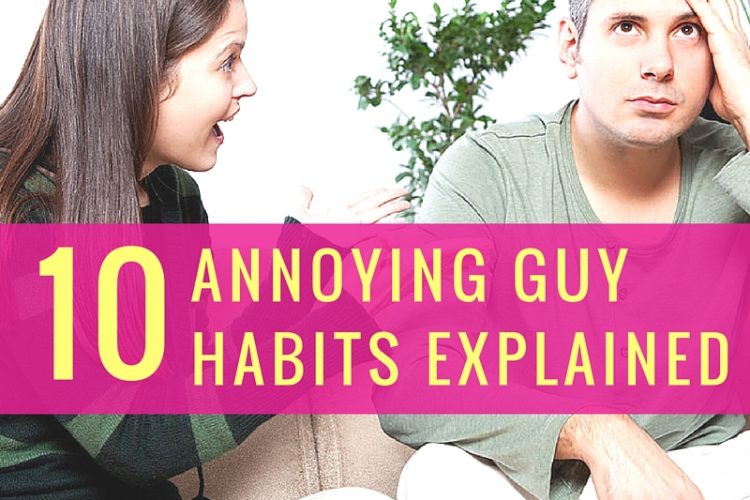 With so many annoying man-habits that need explaining, it was hard to pick just a few (kidding! sort of). Although I am neither a man nor a behavioral analyst, you don’t need to be one of these to figure out why some men do what they do. Here are a few annoying habits men do and a few possible reasons they occur.

He doesn’t text or call when he says he will.

His fridge is always empty.

He touches his, ahem, man parts in public.

He leaves the seat up.

He claims he prefers women with no makeup.

He tries to put the moves on you when you’re clearly pissed.

He has terrible style.

In all of these cases, it may be best to talk to your guy about what’s going on. Relationships are all about compromise, so be a little flexible and open to his ideas.

What annoying man habits grind your gears? Have you figured out why men might do what they do?